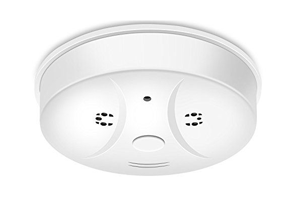 Because smoke detectors are required in every living space and workspace,having one hanging on your wall or ceiling is completely inconspicuous and expected. Most people will not be suspicious of the sight of a smoke detector and it will likely not occur to them that it is actually a hidden camera.